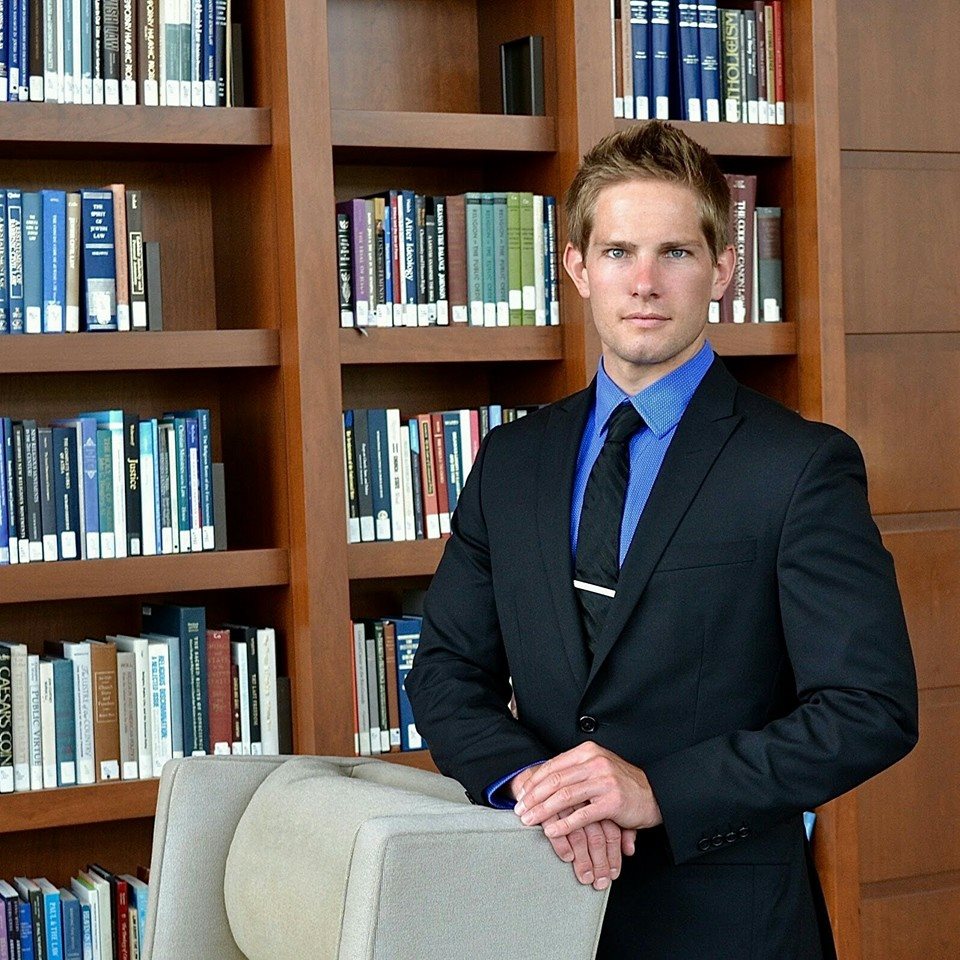 Alex E. Eichhorn is a graduate of Marquette University Law School. While at Marquette, Alex focused his studies on civil litigation and worker’s compensation law.

Alex was extremely active during both undergraduate as well as law school having been a critical member on campus in a number of activities that showcased his innovation and passion for the law. Alex played an active role at Marquette University’s Legal Volunteer Clinic and was a supporting member in a number of societies including the Business Law Society, the Intellectual Property Law Society, and the Dispute Resolution Society. Alex has continually demonstrated his proficiency in negotiation and in 2014 was selected as Marquette University Law School’s American Bar Association Negotiation representative.

Upon graduation, Alex accepted a job offer as an attorney at Tabak Law, LLC and has had the pleasure of practicing in the same areas of law he focused on during law school. During Alex’s tenure at Tabak Law the law firm has expanded from a small operation of only ten employees to what it is today–Wisconsin’s largest disability advocacy law firm with over sixty full-time employees. In 2016, Alex became an equity

Partner at Tabak Law, LLC and continues to specialize in personal injury law, worker’s compensation and social security disability. Additionally, Alex continues to direct Tabak Law’s ongoing marketing and client acquisition efforts in an attempt to ensure the company thrives into the future.

During Alex’s legal career he has had the honor of receiving several prestigious awards including being selected by the American Institute of Legal Counsel as The Best Lawyers In America – Workers’ Compensation; Top 10 Attorney under 40 by the National Academy of Personal Injury Attorneys, and Alex was awarded the University of Wisconsin Milwaukee’s spotlight 2011 graduate in 2019 Additionally, Alex was the recipient of the 2017 Avvo Client’s Choice. Attorney Alex Eichhorn was also featured by his alumni the University of Wisconsin-Milwaukee Honors College as one of the 2019 spotlight alum.

In continuing with Alex’s desire to improve upon the community, he founded Eating Away Injustice, a not-for-profit organization aimed at expanding the opportunities available to the disadvantaged within the greater Milwaukee area. 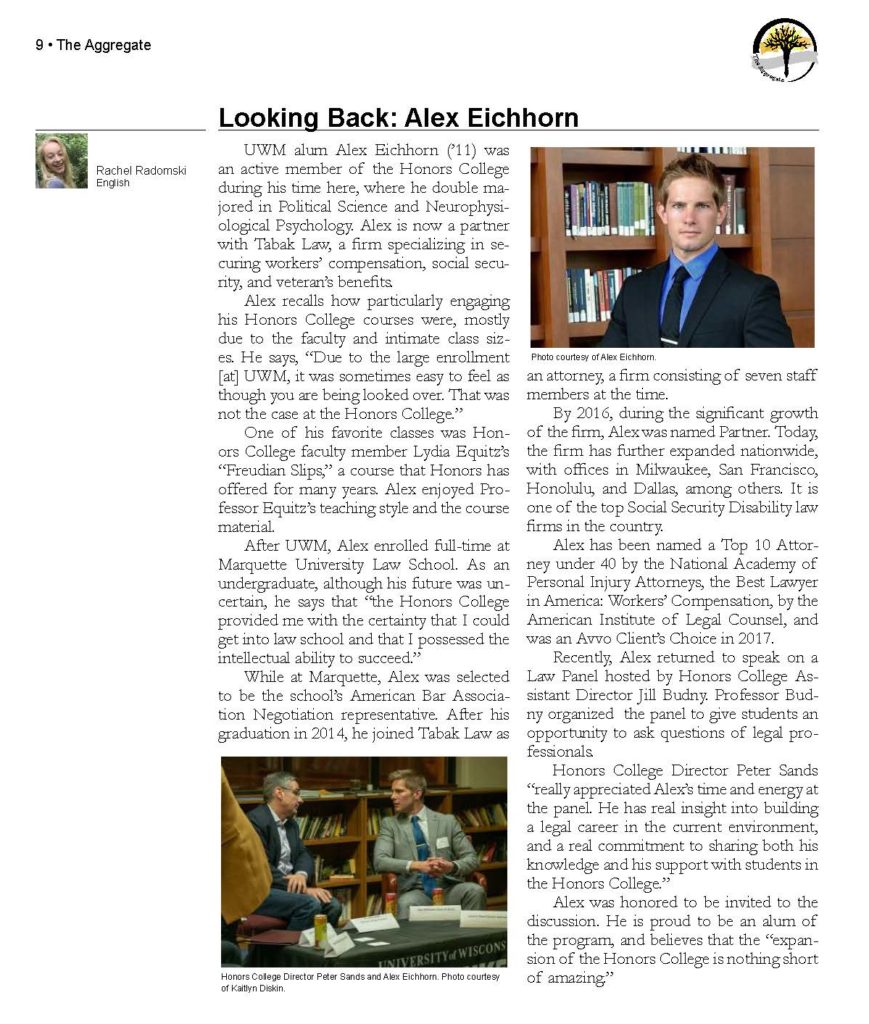 Attorney Alex Eichhorn and Tabak Law did the impossible. With a difficult case and long odds they pulled out the win. There would not have been a light at the end of the tunnel for me without their help.

Attorney Eichhorn willingly met with me at no charge to answer the many questions I had after I suffered a severe workplace injury when I was pinned between a forklift and a supply shelf. He was honest with me and told me exactly what to do to ensure the insurance company treated me fairly. I have since recovered from my injuries and after meeting with Alex the insurance company no longer gave me any grief. I will most certainly be calling Attorney Eichhorn in the future if any legal issues arise.

Alex and Tabak Law were great!

My claim for social security was approved at court after year of waiting. Attorney Alex knew my issues in and out and was there for reassurance when things were looking bleak. Very nice Law Firm.

Attorney Eichhorn was available by phone or email every time I had a question. If you are looking for personal attention to detail, and someone who knows the workers compensation system, reach out to Attorney Eichhorn. His firm was also able to help me get approved for social security benefits because I will no longer be able to work after my work injury.

Helped when I needed it.

I spoke with Alex a few days after I first got hurt at work. He talked with me for a long time, ultimately telling me that I didn’t need him just yet. However, he sent me a brochure along with his business card and two months later, when my claim was denied, I contacted him right away. My claim recently settled for a good amount and I can finally return to work. I will certainly recommend Alex in the future!

Alex did everything he said he would and in a timely fashion as well. I was a doubting person and basically said I’ll believe it when I see it… Well. I saw it and he was totally honest about what they could do and did it…

I met with Attorney Eichhorn after my workers compensation claim was denied. He went out of his way to explain how the entire process works to my wife and I. I have been in contact with him and his paralegal many times during this lengthy process and I have always been able to get my questions answered. I have sent several friends his way and will continue to do so.