Who Is Covered By The Worker’s Compensation Law In Wisconsin?

WHO IS COVERED BY THE WORKER’S COMPENSATION LAW?

All employees working for an employer (other than farmers) with three or more workers are protected immediately by the Worker’s Compensation Act. Employers with fewer than three workers come under the law if they pay wages of $500 or more in any quarter of a calendar year. Their workers are covered 10 days after the end of that quarter. Farm workers are covered if the farm employer has six or more employees on 20 or more days in a calendar year. 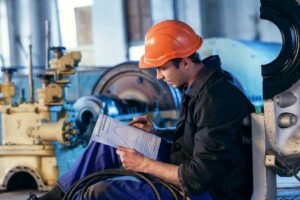 The only employee exceptions to the Act’s insurance requirement are: (1) domestic servants, (2) any person whose employment is not in the trade, business, profession or occupation of the employer, (3) some farm employees, (4) volunteers, including volunteers of non-profit organizations that receive money or other things of value totaling not more than $10.00 per week, (5) religious sect members that qualify and are certified for an exemption, (6) employees of Native American tribal enterprises (including casinos), unless the tribe elects to waive its sovereign immunity and voluntarily become subject to the Act. Virtually all other workers and employers are subject to the Act.