“Give Me Liberty” Premier featuring The Milwaukee Eisenhower Center

Tabak Law is proud to announce the premier of “Give Me Liberty” a film, which is set in Milwaukee and highlights the Eisenhower Center, a nonprofit job training program for people with disabilities where

Attorney and Partner, Lauren Zwirlein of Tabak Law serves as the President.

The Eisenhower Center is a vocational training program that provides education and jobs for adults with disabilities. It serves approximately 100 clients with a range of physical and developmental challenges, including those with cerebral palsy, Down syndrome, autism, traumatic brain injury, emotional dysregulation and more. Many of The Eisenhower Center’s clients have limited mobility or other severe physical disabilities and require assistance with basic daily living tasks, such as eating and personal hygiene.

The core mission of Eisenhower Center is to provide individuals with hope, dignity and work.

Give Me Liberty has been met with critical acclaim, Roger Eberts review of this inspiring motion picture can be found below:

“Liberty” is a word so deeply ingrained in American culture that our nation’s most iconic statue supposedly serves as an embodiment of it. So often has the term been used that it has lost all trace of meaning. It’s easy to forget that liberty, as defined by our dictionaries, is “the state of being free within society from oppressive restrictions by authority on one’s way of life.” Having personally observed how my mother, her body rendered nearly immobile by Multiple Sclerosis, has struggled to remain at home, despite the efforts of insurance companies to locate her elsewhere, it’s clear to me that “liberty” is not a top priority of the United States. Her fully functional brain has no place in a nursing home, and the same could be said of Zak (Zack Gottsagen), the protagonist with Down syndrome who escapes his incarceration in “The Peanut Butter Falcon.” That film’s hopeful theme of love transcending bureaucratic inertia is shared by another of this year’s aspiring crowd-pleasers, Kirill Mikhanovsky’s “Give Me Liberty.” Both pictures deserve praise for their inclusive casting and unpatronizing portrayal of people with disabilities, but does their optimism really ring true?

I suspect those viewers all-too-familiar with the relentless stresses of caregiving and being cared for will find little hilarity in Mikhanovsky’s Job-like portrait of a young medical transport driver, Vic (Chris Galust), who carries the weight of a broken system on his slender shoulders. Perhaps I would’ve laughed more at his plight if I wasn’t busy having a panic attack. As the film opens, he’s already running late in busing various clients to appointments, since the sheer ineptitude of America’s health care apparatus has caused him to take on more responsibilities than one can adequately tackle. Upon realizing that a van hasn’t arrived for an elderly group of singing mourners—including his grandfather—on their way to a funeral, Vic can’t resist cramming them into his vehicle alongside others bound for Eisenhower Center, the nonprofit job training program for people with disabilities in Milwaukee, Wisconsin. Tagging along for the ride is Dima (Maxim Stoyanov), an irreverent con man posing as a long-lost nephew of the deceased. After swiping candy from a passenger, he’s mortified to see her endure a diabetic attack, prompting the funeral goers to make an emergency stop at the Center, where they’re faced with an empty vending machine and dog treats. Left stranded in the vehicle is Tracy (Lauren “Lolo” Spencer), a woman with ALS who dryly quips, “I’m so glad the accordion got off the van before I did.” 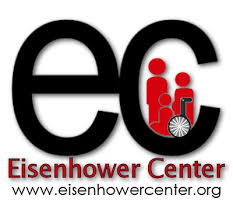 This is one of a handful of moments that did elicit a chuckle from me, in part because the incessant shouting matches had temporarily subsided, allowing the absurdity of the situation to sink in. Spencer, a YouTube star de-stigmatizing people who use wheelchairs on her channel “Sitting Pretty,” proves here to have a riveting screen presence, exuding the inherent frustration of her circumstances without ever allowing herself to be defined by them. It’s a pity that many of her most affecting scenes are fragmented by Mikhanovsky’s tirelessly visceral editing, which is so restless that it causes some key sequences—particularly the climax—to verge on incoherence, with the soundtrack periodically becoming out of sync with the footage. The best thing that can be said about the script, penned by acclaimed playwright Alice Austen, is that it never sounds written. Most of the dialogue seems as if it were improvised by the film’s remarkable ensemble, particularly when scenes of prolonged verbal altercations reach Cassavetes-level decibels. Long before the film’s first half has concluded, Vic has run up against enough obstacles to permanently freeze his face into a replica of Edvard Munch’s “The Scream,” yet he keeps plugging along for reasons he keeps to himself, much to the bewilderment of his mother.

If this movie is actually intended to be a comedy, then its overarching gag may be that our country’s failure to care for those in need requires a “scam artist” like Dima to ensure that things get done rather than remain in stagnation. Though he initially appears to be a nuisance offering little more than strained comic relief, he eventually emerges as somewhat of a good luck charm for Vic, helping him open an apartment for a post-funeral gathering by putting the moves on a jaded security guard. I didn’t buy this scene any more than I did Dakota Johnson’s abrupt transformation from a rule-abiding nursing home employee to a carefree spirit upon falling for the oily charms of Shia LaBeouf in “The Peanut Butter Falcon.” Time and again, both films build up to conflicts that would likely result in a dire outcome before backing away from them with a shrug and a smile. A serious conversation about a young man’s future suddenly devolves into laughter. A violent brawl somehow evaporates before anyone gets mortally wounded. A guaranteed firing is prevented merely by the forces of luck. In the production notes, Mikhanovsky refers to Austen and himself as idealists who believe that the American Dream is still within reach for all who carry it within them. I appreciate this sentiment, though their film’s inability to follow through on what it sets up is more indicative of denial than enlightenment.

That being said, there’s a great deal to admire about this picture, not least of all the fact that it was shot entirely in Milwaukee, a town not known for its filmmaking incentives. As he did in his debut feature, 2006’s Brazil-set “Fish Dreams,” Mikhanovsky directs a cast comprised largely of non-actors, none of whom are reduced to caricatures. The end credit roll pointedly begins with the full names of its leads starting with Galust, an electrician randomly discovered by the casting director in a bakery, and concludes with Mikhanovsky and Austen, referred to only by their last names. In a sense, the film’s very existence is as miraculous as that of Benh Zeitlin’s “Beasts of the Southern Wild,” another audacious ode to Americans devalued by their own government. Zeitlin served as an executive producer on “Give Me Liberty,” while his former gaffer, Wyatt Garfield, reaffirms his status as a sublime cinematographer, on the heels of lensing such gems as “American Fable” and “Porto.” I especially like how he turns Dima’s flirtation with Vic’s sister, Sasha (Darya Ekamasova of “The Americans,” one of the few veteran performers in the cast), into a spiral of conflicting emotion, capturing their humor, sorrow and budding attraction as they pirouette before the camera in long, near wordless takes.

Many of the stories in the script were apparently inspired by Mikhanovsky’s own experiences of driving a medical transport van, while the film’s “Whose Streets?” march could very well be mirroring the 2016 Milwaukee protests following the fatal shooting of a 23-year-old African-American man by police. What “Give Me Liberty” aims to express is that even in a city as segregated as Milwaukee, America’s melting pot enables a diverse wealth of races, cultures and physical capabilities to blend together in beautiful and unexpected ways, just like the colorful trees drawn by Eisenhower Center resident Gregory Merzlak. Vic reminds me quite a bit of my father, who has sacrificed his retirement years to ensure that my mother’s dream of living at home can be sustained as long as possible. Mikhanovsky nails the harrowing reality of Vic’s predicament so thoroughly that I couldn’t stomach the film’s escapist flourishes, however well-intentioned they were. By the end, I felt neither amused nor uplifted. I was simply wrung out. 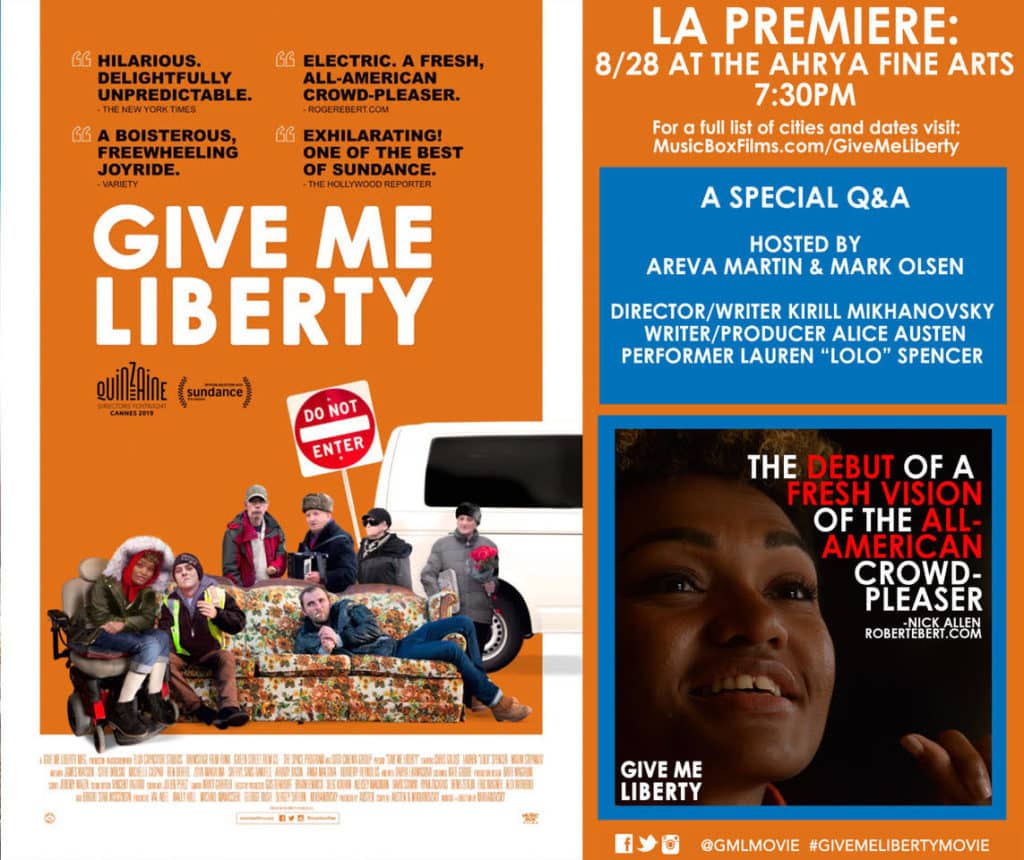