What is a fully favorable Social Security Disability decision?

For anyone who has become disabled and is therefore unable to work, the wait on approval for social security disability benefits can be difficult. Individuals in this situation are often living on very limited or no income due to their situation, so being approved for benefits can mean all the difference.

What is a Fully Favorable Social Security Disability Decision?

A fully favorable decision means that the judge agreed with this date, and benefits will begin flowing at the soonest available date following the mandatory waiting period. 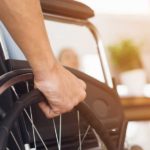 A partially favorable decision also happens if the judge determines that the individual has recovered from their condition and is no longer disabiled. In this case, the SSA will pay a one-time payment to cover the time the individual was disabled and unable to work.

Can you appeal a partially favorable social security disability decision?

If someone feels the judge unfairly issued a partially favorable decision, they may appeal the decision. If there is a large difference in the time period, and therefore benefits amounts, an appeal may be warranted. In this case, it’s best to get a social security disability attorney involved. If the difference is very small, it is up to the individual to decide if it is worth appealing the decision.

For help with an appeal, denial, or questions surrounding an SSA judge decision, contact Tabak Law at 844-432-0114.