For many Vietnam Veterans, the emotional wounds of war have lasted a lot longer than the physical. Veterans of this era returned to the states after serving their country during a time of great political unrest. For a variety of factors, they were treated very poorly on their arrival home – a far cry from the heroes welcome veterans deserve. 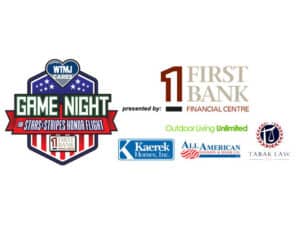 Thankfully, this relationship between these vets and their country has slowly been rebuilt through the years. The addition of Vietnam-era veterans to the Stars and Stripes Honor Flight is another building block in the foundation of this renewed rapport.

Given the importance of this program, we at Tabak Law were incredibly honored to help sponsor a local promotion to raise money for an honor flight for local Vietnam vets of Southeastern Wisconsin to visit the Vietnam Veterans Memorial in Washington D.C.

Stars and Stripes Honor Flight is an organization that accepts applications from veterans of WWII, the Korean War and now the Vietnam War to fly with fellow veterans to their respective national monuments in Washington D.C. But, to provide the service at no cost to veterans, donations are taken to fund the program. It costs approximately $500 per veteran to fly them from Milwaukee to Washington D.C. and back, in addition to anything spent on site.

Recently, 620 WTMJ put together the Game Night for Stars and Stripes Honor Flight through its WTMJ Cares promotion. The event included a dinner and ceremony for veterans and a Bucks game, with donations being taken for the event.

Between the event, its sponsors, and a radiothon, over $50,000 was raised. This will allow for a full commercial flight of veterans to visit the Vietnam Veterans Memorial on April 14.

The event is sure to be emotional for these veterans that had previously felt left behind by their country and were even made to feel guilty for their service during the war. Often, when they see the wall in person, the healing can finally happen.

“Many feel like they are getting messages from those names on the wall – messages of support,” said Paula Nelson of Stars and Stripes Honor Flight to WTMJ. She added that they feel they are being told: “Don’t feel guilty anymore, go live your live. Let this go.”

Given our experience with helping veterans of the Vietnam era – it was a natural step for Tabak to help sponsor this program, and it made us proud to be in attendance at the event held February 27. The stories shared and seeing the camaraderie in person quickly showed the high value of this program.

And while programs like this are amazing, there is still more that can be done for veterans. Many, including Vietnam-era vets, are still being denied the benefits they deserve. This is where we keep fighting for them – and we have many success stories. If you or a veteran in your life is struggling to get the benefits they deserve, don’t hesitate to contact us for a free conversation on how we could help.