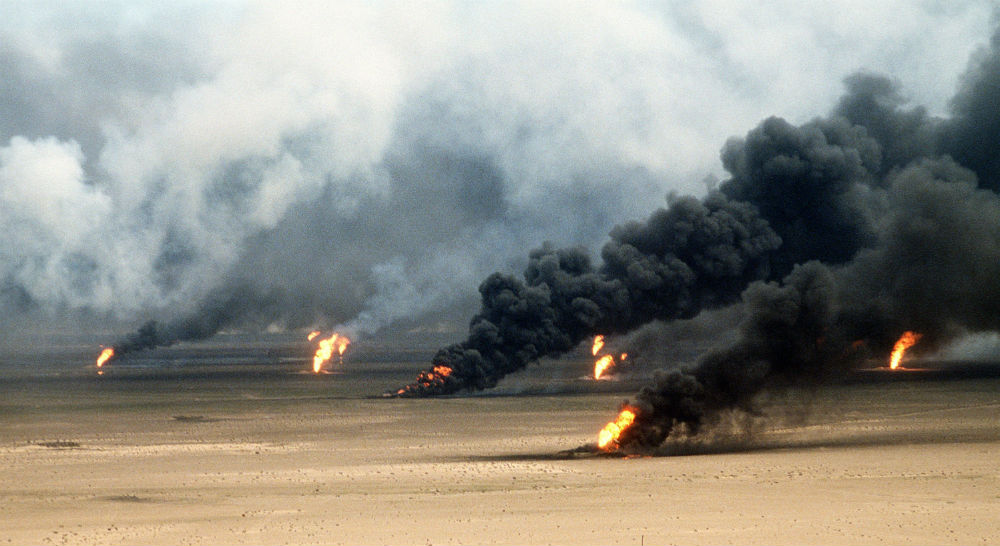 Since the beginning of the Gulf War in 1990, veterans that participated in the war experienced a higher-than-average rate of symptoms that are unable to be explained by any specific medical condition. This high rate of ailments associated with this group of veterans means that the veterans could now be eligible for VA benefits due to Gulf War Syndrome.

If you or a veteran you know has suffered from Gulf War Syndrome, Tabak Law is in a unique position to help retain benefits that could lead to a higher overall quality of life.

When and Where did the Gulf War Take Place?

Environmental Hazards of the Gulf War

There were many environmental hazards that Gulf War veterans dealt with during their time of service overseas. Smoke from over 750 Kuwait oil well fires is one of the most well-known hazards, but not the only one. There was also large pesticide/insecticide use, indigenous infectious disease, nerve gas, and even nerve gas antidote, among other high doses of particulate matter.

While veterans of the Gulf War have experienced a large quantity of symptoms across the board, there are a group that are most common to this veteran set. They include weight loss, cardiovascular issues, muscle and joint pain, headaches, neurological problems, respiratory disturbances, sleeping issues and insomnia, fatigue, and various skin conditions.

The VA has a list of locations of service that potentially qualify a Persian Gulf War veteran for benefits. This list includes service starting from August 2, 1990 in Iraq, Kuwait, Saudi Arabia, the neutral zone between Saudi Arabia and Iraq, Bahrain, Qatar, the United Arab Emirates, Oman, Gulfs of Aden and Oman, water of the Persian Gulf, Arabian Sea, Fed Sea, and airspace above all of these locations.

Gulf War Veterans may be eligible for benefits from the VA, depending on their severity and how they impact their daily lives. While Gulf War Syndrome itself is not a diagnosis that has a link to benefits, veterans serving in the affected areas from the symptoms listed above during the correct time frame may be eligible for the benefits.

Having a lawyer involved with a Gulf War Syndrome associated VA claim is the most effective way for a veteran dealing with these issues to get benefits from the VA. Tabak Law has a wealth of experience getting veterans the compensation they deserve. Don’t hesitate to contact the professionals today at 844-432-0114.